Hole In The Wall

Hole In The Wall was presented as part of USC’s Visions and Voices Rhythms and Visions: Expanded and Live! event on Friday April 22, 2011.  For this music and large scale projection event, the courtyard of the School of Cinematic Arts was transformed into an all 3D showcase.  Visitors to this free event were handed red-cyan anaglyph glasses as they entered the courtyard.  Projected on all the walls surrounding them were student and faculty created 3D animations.  Hole in the Wall was my contribution.  A strange figure crawls out of one of the windows of the building and walks around, perpendicular to the wall, seemingly defying gravity as he strolls and slides across the surface.  Eventually he “cuts” a hole in the wall and jumps into the building again. The animation cycled through after a short while.

The animation was motion captured and cleaned up by me (featuring the wonderful Kevin Fabian in an uncredited and unrecognizable role).  After the animation was final, I laid in the anaglyph as well, adjusting the parallax so it would be large enough on such a huge projection (over two stories).  You can see Hole in the Wall in the video below, starting around 2:34, along with other animations from the show.

I am very proud to have been part of the writing team of Grayline, the thesis project of USC Interactive Media MFA graduate, Sean Bouchard.  A film noir-esque mystery game, it was a game designed to tell a story in an interesting an innovative way. Two players, using two different iPads, work together as characters to attempt to solve the mystery of a murder.  Since we had extensive need of voice actors for the game, I also operated as a de facto casting director, using my extensive film and theatre contacts to find great actors to fill the roles.  More information is on the game’s site.  Here is the promotional video.

MusicX is a project envisioned by Arpi Mardirossian for Classical KUSC.  I was brought on to this project by USC Interactive Media professor, Andreas Kratky, with whom I was very excited to work.  My background in theatre, dance, music, film and animation all meld and move to a new arena with this evolving data visualization project. 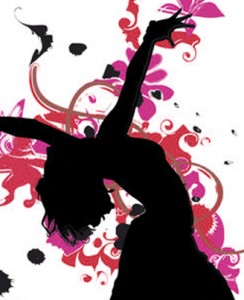 Arpi describes the thesis of the project very well on her blog, so I’m quoting her here:

This visualization application will dynamically synchronize stylized dances (dancer silhouettes on a variety of backgrounds) to music to create the effect that a dancer is dancing to the user’s music selection. We have recorded video footage against a green screen of professional dancers in a variety of dance styles including hip hop, break dancing, classical Indian, Brazilian, salsa, African and bollywood. For each dancer, we have recorded a set of dance sequences of varying lengths. These sequences will be chained together in different combinations to create a variety of dances. These dances can potentially be paired with any piece of music. A dance will be synchronized to a piece of music by compressing and contracting portions of the video to align the underlying beats of the dance to that of the music.

This project clearly shows the new and experimental nature of Interactive Media.  With every step, the MusicX team is experimenting and exploring new and interesting ways to showcase this blend of sound and visual.  Unfortunately, MusicX has been indefinitely suspended and it is not clear if the project will be moving forward.
back to top

No, not the Andrew Lloyd Weber musical, but CATS as an acronym for the Center for Advanced Technology in Schools. They (CATS) had been partnering with USC’s Game Innovation Lab (GIL) for about two years and I had been brought onboard by the GIL to act as producer. CATS has been working on educational math games for at-risk middle school children. One of the games Moco’s Book (previously Tllaloc’s Book) helps kids learn about adding, subtracting, multiplying and dividing fractions. The other major game we were working on is called Zooples In Space! in which kids learn about balancing equations while saving a race of squid-like aliens. 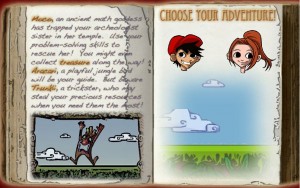 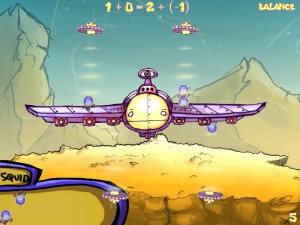 As an initial assignment in my first Flash class in graduate school, we had to familiarize ourselves the Flash IDE by creating a one minute animation in one week.  While some of the projects were abstract animations focusing on the use of symbols and movie clips, I wanted to challenge myself to see if I could tell a short, fun story in (about) one minute.

A few years ago, my then-five-year-old niece, excited that I was going to be visiting for Christmas, asked if I would build a snowman with her (actually, she said “snowperson”. She’s very progressive for a kid) when I arrived. The problem was that it was a mild winter, even in the Northeast where she lives, and I didn’t think that there would be any snow. I took my then nascent Flash coding skills and designed the Flash game “Little Snowflake” (my nickname for her) so we could build a snowperson with or without the help of the outside elements. Of course, I added some of her favorite characters and places (and some odd ones of my own too!) This version has been “scrubbed” to remove any potential copyright infringement and my niece’s face (she’s older and more web conscious now).  You can meet the Little Snowflake on this page or click the link to play in the browser full-screen.

This was a fun one-week project that came out of a Thesis Prep class generated by the design prompt “Create a one to two minute experience that causes anger in the player”. I may have hit “frustration” more than anger for most (though I did score by having one of my professors tell me to “F-ck off” after playing it!), but I think Bellflower sums up my slightly twisted sensibilities. You can meet Bellflower on this page or click the link to play in the browser full-screen. 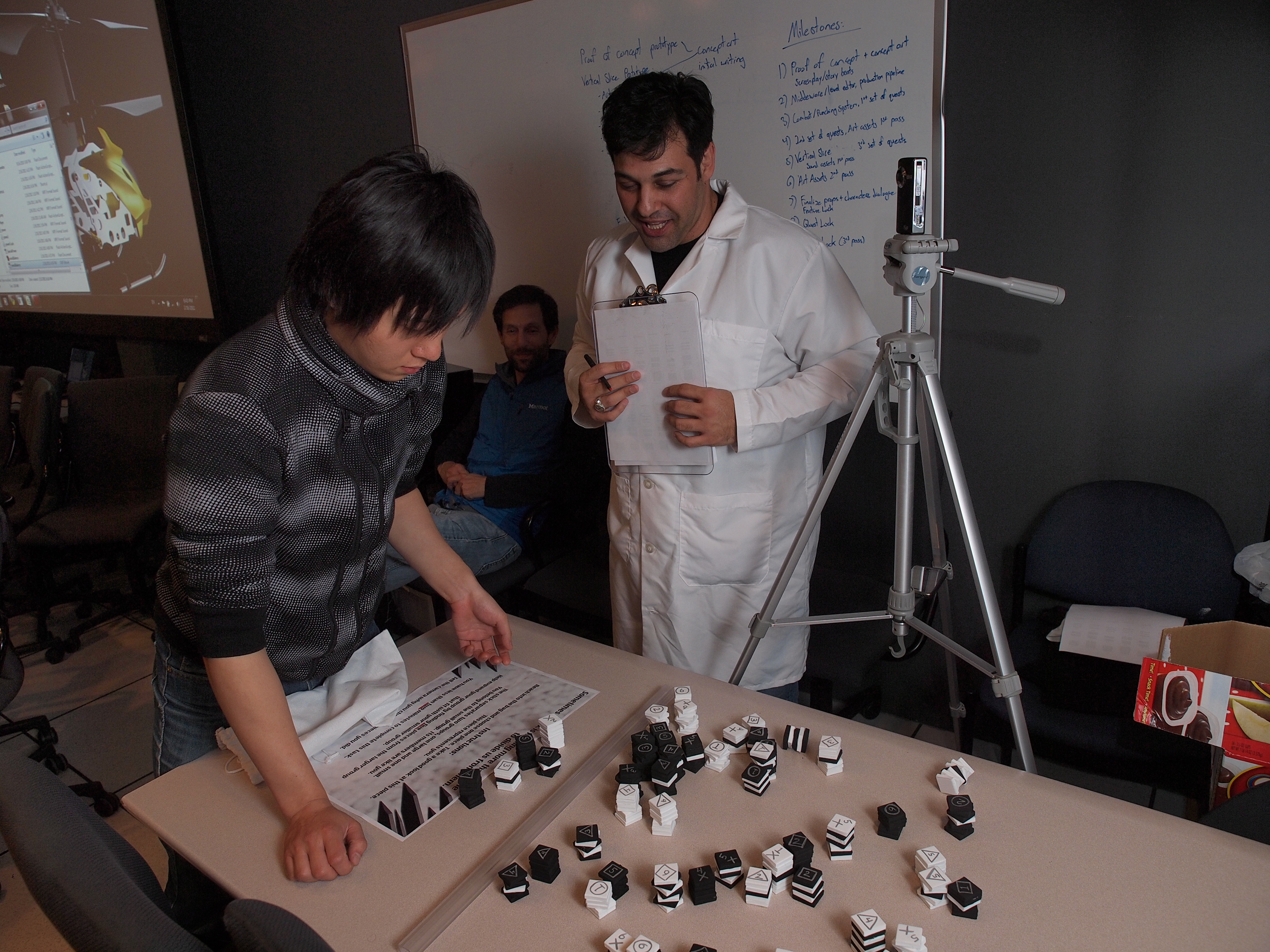 Part of the rites of passage for my graduate program has been a one-week project in the second year where the entire class responds to the same design prompt. In an ideal world, this project becomes an exploration of a potential thesis topic. For our prompt we had to explore the nature of “being a stick”. Stick-ness. What it means to be a stick. My response was that sometimes a stick is nothing more than a line to divide us from them. Out of this came Coming Together, a performance piece that presented a simple challenge to the player — blindly reach into a bag of game pieces and pull out one piece which would represent them. They added this piece to a pre-selected group of other pieces on one side of the stick that may or may not have had some similarities. They then had to look at a larger sample of pieces on the other side of the stick and select five more pieces that, in their eyes, had the same similarities. The entire process was recorded on video and overseen by an officious looking researcher in a lab coat (me). The hitch of the project is that all of the pieces had been designed to have no consistent similarities and no two pieces were the same. The unspoken challenge was to see how users reacted under pressure and under assumed observation and how they justified their actions in this situation. Coming Together became research material for a new iteration of my ongoing project, Puddinheads.
back to top

For my World Building class in graduate school, I began an early iteration of the Island for a game adaptation of Shakespeare’s The Tempest.  The number keys at the top of the keyboard will transport you around the island to the different sites and zones.  Use standard WASD or Arrow keys to move and mouse to look around.