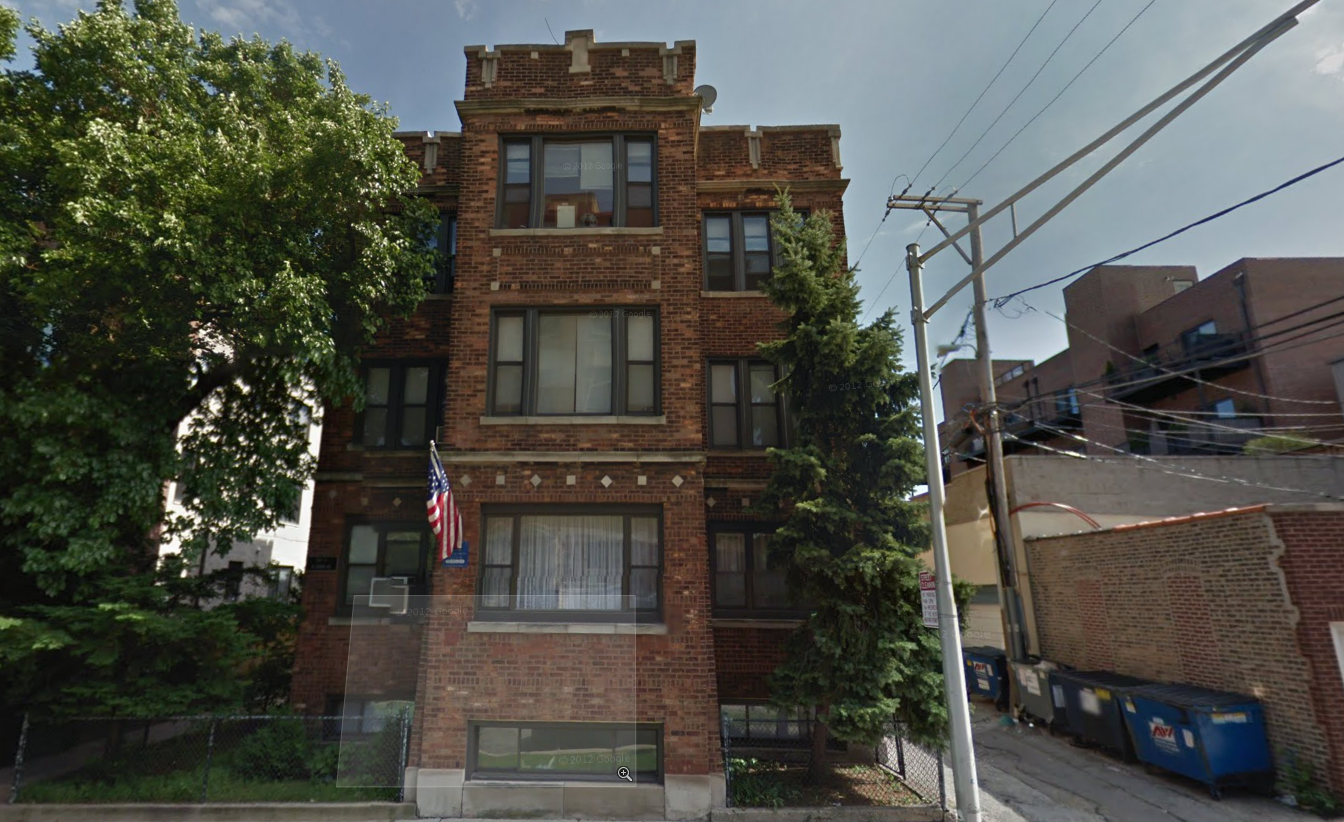 You can’t go home again, but you can certainly take a short vacation there.

After many years away, I’m finally going back to Chicago with my fiancé this week to attend the 20th Anniversary Reunion of Schoolhouse Rock Live! (I was the first male understudy to the original cast waaaay back in 1993, when I was still in my previous career as a professional actor).  Our trip has gotten me thinking about and reflecting on my time in Chicago and how it’s a second home to me.  Since I moved to Los Angeles immediately after living in Chicago, many of my friends here think, incorrectly, that I grew up there. No, I didn’t grow up in Chicago, but in a way I did come of age there.

You’re gonna make it after all.

I moved to Chicago from the NYC area in the Summer of 1993.  I had grown up in Pennsylvania, but all my extended family (aunts, uncles, cousins, etc.) were still in and around the northern New Jersey/New York City metro area.  After I graduated college, I attended the National Shakespeare Conservatory in SoHo, NYC, but I lived with my great-Aunt and Uncle in New Jersey (free room and board — never ever knock it).  But after graduating NSC and traveling around the country on two national tours, I had an opportunity to move to Chicago with a (for the time) well-paying day job that I had found out about through an NSC classmate.  One phone interview and two weeks later I was on a plane to the City of Big Shoulders.  Living back in New Jersey post-college helped me reconnect with my heritage and my family, but Chicago was an opportunity for me to make it on my own.  I felt a little like Mary Tyler Moore (except Chicago is slightly warmer than Minneapolis and I could never pull off a beret). 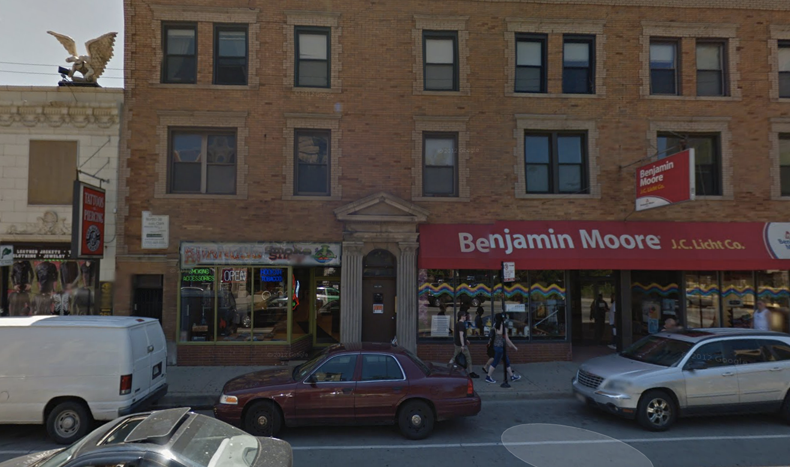 My first night in Chicago, I was staying with my good friend and NSC classmate, Kate Sherry, who was, in turn, staying with some of her college friends.  They were opening a show in the Off-Loop Theatre Scene on the night I arrived.  I don’t recall what the show was, but I landed at O’Hare, took a cab to their apartment and was immediately taken across Clark Street to the basement of Cafe Voltaire (where Schoolhouse Rock Live! would premiere a few months later) because they needed last-minute help with their props and, hey, that’s what theatre folk do – we help each other.  For years, I could truthfully say that I landed in Chicago and literally started immediate work in the Theatre. 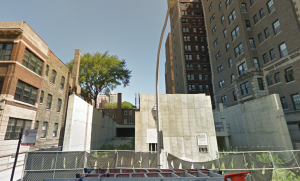 The location of my very first apartment in Chicago. It seems gentrification has gotten the best of the old girl and it’s been torn down.I stayed here about a year.

Chicago truly became a land of opportunity for me.  For the first time in my life, I was without family support.  I was no longer within a three-mile drive to my parents’ home (as I was in college and in NNJ).  And I was free to explore who I was or, as we called it in the ’70s and ’80s, free to “find myself.”   When I decided to move there, my mother insisted that I move to the “Italian neighborhood” so I could “be with my of kind.”  Instead, I chose to live in the hip, young, theatre-friendly gay neighborhood, Boystown.  So, yes, I was still with my own “kind.” 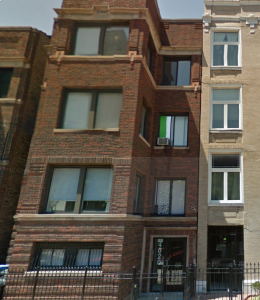 My second Chicago apartment – when I moved in with my old college roommate Kerrie and her two cats. And when I discovered I was allergic to cats.

While I wasn’t a child when I moved to Chi-Town, I was naïve.  I was still in the closet, though slowly peeking out.  I had never really worked in an office before and the only ties I had were for auditions (which were de rigueur in New York, but I soon learned that do so in Chicago would brand you a “New York Actor”, which was an insult of the highest degree).  I had only ever rented two apartments, both in college (and at college student rates), and I was not ready for the sticker shock of real, urban apartments. The constant search for the “ideal” Chicago apartment (two requirements: heat included and laundry in the building) had me to moving constantly – I never stayed in any one apartment more than two years.  (In contrast, I stayed in my last Los Angeles apartment for eight years – is it LA, is it moving, or am I just getting older?  I’m not sure.)  I “revisited” all of my apartment through the wonders of Google Maps while writing this post and I lay out the tour throughout. 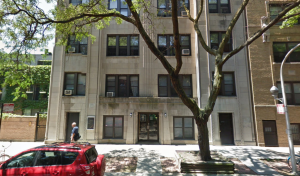 The infamous third Chicago apartment on Pine Grove.I was held up at gunpoint in that lobby and the apartment flooded from a broken pipe while I was away on Christmas vacation (three days of water dripping into my apartment). It was a great sized apartment that but the flood turned into a nightmare.

The reason that I’m so excited to go back and visit Chicago (and share it with my fiancé) is that my time in Chicago was all about my coming into my own and experiencing my gay adolescence (yes, straight people, it’s a thing.)

So much of who I am today came out of my “first time on your own” experiences, my friends, my theatre work and, in some small measure, the day jobs that I took as an actor to make ends meet.  I dated a variety of guys, found out what I wanted out of life (and what I didn’t) and I did a LOT of theatre with some amazing theatre companies (Theatre BAM!, New Tuners, Shakespeare’s Motley Crew, Timeline Theatre Company, Sweetback Productions, Hell in a Handbag Productions, Bailiwick, Lifeline and more). 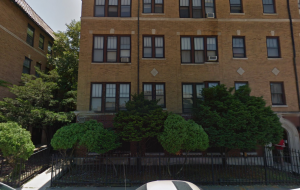 My very stylish fourth apartment in Wrigleyville. It was great until a meth head moved in upstairs and brought roaches with him. I left after my second year here.

I learned that while I had trained in classical theatre, I was really drawn to new works and helping create and shape new pieces of theatre and new art forms.  Chicago was where I bought my first true personal computer (thank you, well-paying day job at a law firm!) and started getting back into video gaming after a number of years (it’s also how I started to get into computer-aided design and how I began my transition toward the comp sci/design focus that I had back in college (it would still be a few years in Los Angeles acting before I embraced this fully and changed careers with a return to graduate school).

I love Chicago and can’t wait to see it again with slightly older and hopefully wiser eyes.  I might still be there if not for the freaking freezing winters (Los Angeles may have its issues, but you can NOT beat our weather.) 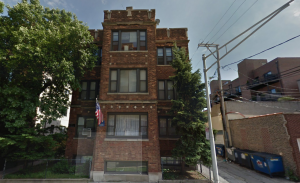 My final apartment in Chicago. You can’t see my place from here because I was way in the back of the property in a HUGE one bedroom. I loved this apartment, but Los Angeles was calling and I needed to move on.