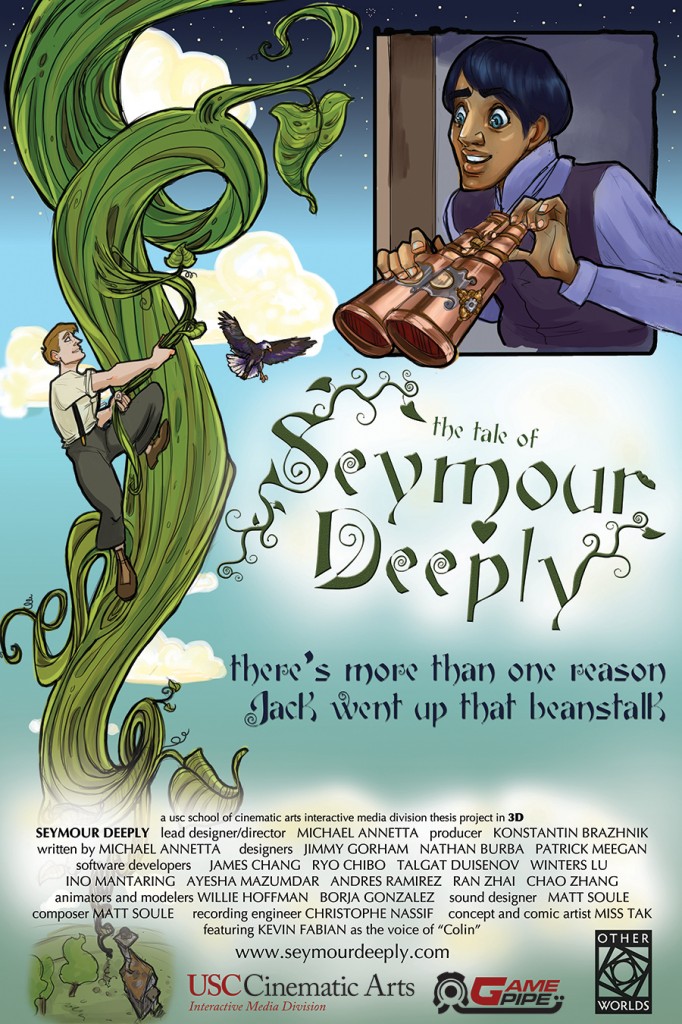 END_OF_DOCUMENT_TOKEN_TO_BE_REPLACED

Not that I have been able to maintain a true and complete development blog here on this site as might have wished, but I do hope, now that I’m in my second semester of development on the project, to update the page semi-regularly with news, setback, advancements and perhaps some art and screenshots.
END_OF_DOCUMENT_TOKEN_TO_BE_REPLACED

Seymour Deeply is actually both a “who” and a “what.”  Seymour is the title character of my MFA thesis project of the same name.
END_OF_DOCUMENT_TOKEN_TO_BE_REPLACED